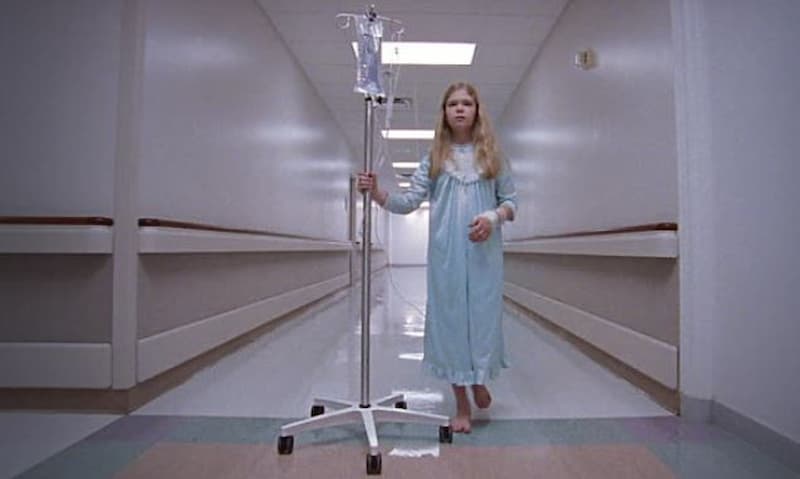 ‘There’s a secret layer of information in your cells called messenger RNA, that’s located between DNA and proteins, that serves as a critical link. Now, in a medical shocker to the whole world of vaccine philosophy, scientists at Sloan Kettering found that mRNA itself carries cancer CAUSING changes – changes that genetic tests don’t even analyze, flying completely under the radar of oncologists across the globe.

So now, it’s time for independent laboratories that are not vaccine manufacturers (or hired by them) to run diagnostic testing on the Covid vaccine series and find out if these are cancer-driving inoculations that, once the series is complete, will cause cancer tumors in the vaccinated masses who have all rushed out to get the jab out of fear and propaganda influence. Welcome to the world of experimental and dirty vaccines known as mRNA “technology.”

Derek Knauss, on the Prepareforchange.net  website, on March 31st, 2021

The original research article on which it was apparently based, “Widespread intronic polyadenylation inactivates tumor suppressor genes in leukemia”, was published in Nature in August 2018.

My take on it

What is an intron?

Introns are noncoding sections of an RNA transcript, or the DNA encoding it, that are spliced out before the RNA molecule is translated into a protein. The sections of DNA (or RNA) that code for proteins are called exons. Following transcription, new, immature strands of messenger RNA, called pre-mRNA, may contain both introns and exons. The pre-mRNA molecule thus goes through a modification process in the nucleus called splicing during which the noncoding introns are cut out and only the coding exons remain. Splicing produces a mature messenger RNA molecule that is then translated into a protein. Introns are also referred to as intervening sequences.

Polyadenylation is part of the process that produces mature mRNA for translation. In particular it is the addition of a poly(A) tail to an RNA transcript, typically a messenger RNA (mRNA).  The poly(A) tail is important for the nuclear export, translation and stability of mRNA.

So intronic polyadenylation is a naturally occurring part of the process of replicating DNA via mRNA in the cell nucleus. Indeed it is widespread:

‘mRNA polyadenylation and pre-mRNA splicing are two essential steps for the maturation of most human mRNAs.’

With that introduction, here is the abstract from the research paper in Nature, with some emphases added by myself:

‘DNA mutations are known cancer drivers. Here we investigated whether mRNA events that are upregulated in cancer can functionally mimic the outcome of genetic alterations. RNA sequencing or 3′-end sequencing techniques were applied to normal and malignant B cells from 59 patients with chronic lymphocytic leukaemia (CLL)1,2,3. We discovered widespread upregulation of truncated mRNAs and proteins in primary CLL cells that were not generated by genetic alterations but instead occurred by intronic polyadenylation. Truncated mRNAs caused by intronic polyadenylation were recurrent (n = 330) and predominantly affected genes with tumour-suppressive functions. The truncated proteins generated by intronic polyadenylation often lack the tumour-suppressive functions of the corresponding full-length proteins (such as DICER and FOXN3), and several even acted in an oncogenic (cancer-causing, AD) manner (such as CARD11, MGA and CHST11). In CLL, the inactivation of tumour-suppressor genes by aberrant mRNA processing is substantially more prevalent than the functional loss of such genes through genetic events. We further identified new candidate tumour-suppressor genes that are inactivated by intronic polyadenylation in leukaemia and by truncating DNA mutations in solid tumours4,5. These genes are understudied in cancer, as their overall mutation rates are lower than those of well-known tumour-suppressor genes. Our findings show the need to go beyond genomic analyses in cancer diagnostics, as mRNA events that are silent at the DNA level are widespread contributors to cancer pathogenesis through the inactivation of tumour-suppressor genes.

I am not a doctor, let alone an oncologist. I have endeavoured to unpack the academic presentation so that you can have a clearer understanding of what the researchers discovered.

In brief, research focus has been on DNA, but some concerning events are happening routinely at the mRNA level that are not visible at the DNA level. Theses events include both the suppression of naturally-occurring tumour suppression mechanisms, and the promotion of cancer-generating mechanisms.

For a scientist it is a logical extension of this finding to ask what would happen to foreign mRNA that is injected into our bodies and is designed to find its way into our cells. Would it reduce our natural resistance to cancer? Might it even promote the onset of cancer?

In my mind it is just one more reason to decline what I believe to be an unnecessary and unsafe injection.